Coconut sugar is a natural sweetener that is made from the sap of coconut flowers. It has a caramel-like taste and contains many nutrients, including potassium, magnesium, zinc, and iron. Coconut sugar is becoming increasingly popular due to its health benefits and unique flavor. However, it can be expensive to buy. If you are looking for coconut sugar substitutes, read on for some delicious options!

Here are ten substitutes for coconut sugar that are just as sweet and tasty:

Maple syrup is a classic sweetener that comes from maple trees. It has a similar flavor to coconut sugar and can be used in baking or as a topping on pancakes or waffles. You can also add it to coffee or tea for a sweet treat.

This is a healthier alternative to coconut sugar. It has a lower glycemic index, which is good for people who have diabetes and want to keep their blood sugars in check. But please remember that maple syrup still has calories, and the same amount of carbs as any other sweetener – so it’s not the magic bullet for weight loss!

Honey is a popular natural sweetener that is made by bees. It has a slightly floral flavor and can be used in baking or as a topping on yogurt or oatmeal. You can also add honey to beverages such as tea or lemonade.

When it comes to baking, this is a great substitute for coconut sugar. Honey is sweeter than coconut sugar, so you’ll need to use less of it. In general, use 3/4 cup honey for every 1 cup of coconut sugar called for in a recipe.

It is also a great way to add moisture to baked goods. Baked goods made with honey tend to be moister and have a more pronounced flavor than those made with other sweeteners.

Agave nectar comes from the agave plant and has a similar taste to honey. It can be used in cocktails, baking, or as a syrup for pancakes or waffles.

It is a plant sugar and has been used for centuries as a sweetener in Mexico and Central America. It’s lower on the glycemic index than cane sugar, which makes it suitable for people with diabetes. It has more minerals, vitamins, antioxidants, and amino acids than refined sugar.

It is made from sugar cane and has a molasses-like flavor. It is also a source of thiamin, niacin, and riboflavin. Both sugars are natural sweeteners and can be used in place of coconut sugar in most recipes.

Brown sugar is a less expensive alternative that has a similar flavor and texture to coconut sugar, and it also has a lower glycemic index than white sugar. Try using brown sugar in your next recipe to save money and get the health benefits of coconut sugar!

Date sugar is made from dried dates and has a sweet, caramel-like flavor. It can be used in baking recipes or as a topping on yogurt or cereal.

It is lower on the glycemic index, contains more fiber and minerals, and has a more subtle flavor than coconut sugar. Date sugar can be used in baking, cooking, and smoothies, and is a great way to add some sweetness without all the added calories!

Stevia is a natural sweetener that comes from the stevia plant. It is calorie-free and can be used to sweeten drinks or baked goods.

It is a plant-based, low-calorie sweetener that can be used as a sugar substitute. It has a glycemic index of zero and does not affect blood sugar levels like other sweeteners. Stevia is also rich in antioxidants and has been shown to have anti-inflammatory properties.

In fact, stevia may even help improve blood sugar control for people with type II diabetes. It can be used in baking, cooking, and making beverages. So if you’re looking for healthy alternatives to coconut sugar or artificial sweeteners, give stevia a try! You might just love it!

There are many different types of sugar substitutes available, such as Splenda, Truvia, and Equal. These substitutes are all artificial sweeteners but they vary in terms of taste and sweetness level. Choose the one that best suits your needs.

Raw honey is honey that has not been processed or heated. It has a thick texture and a strong, floral flavor. Raw honey can be used in baking or as a topping on yogurt or granola.

Though they are both natural sweeteners, raw honey contains more nutrients and minerals that are beneficial for your health. It also has anti-inflammatory and antibacterial properties that can help improve your overall health. Coconut sugar, on the other hand, is a processed sweetener that doesn’t have any of these benefits.

Yacon syrup is made from the yacon plant and has a sweet, caramel-like taste. It is low in calories and high in fiber. Yacon syrup can be used in cocktails, baking, or as a syrup for pancakes or waffles.

Another benefit of yacon syrup is that it is high in antioxidants. Antioxidants help protect your body from harmful toxins and free radicals. Yacon syrup contains antioxidants such as polyphenols and flavonoids, which can help reduce the risk of disease and improve overall health.

Blackstrap molasses is made from sugar cane and have a robust, slightly bitter flavor. It can be used in baking recipes or as a topping on oatmeal or ice cream. You can also add it to coffee or tea.

As much as we love the taste of coconut sugar, sometimes we just can’t find it at the store. Or, maybe we’re looking for a cheaper alternative. Either way, blackstrap molasses is a great substitute for coconut sugar.

Here’s why: first, blackstrap molasses is less processed than coconut sugar. It’s made from boiling down sugar cane juice until it forms a thick syrup. Then, the syrup is strained and boiled again until it becomes a dark brown liquid.

These are just some of the substitutes for coconut sugar that you can try. experiment with different flavors and sweetness levels to find the one that you like best. You may even find that you prefer the taste of coconut sugar to other sweeteners!

There are many substitutes that can be used in place of coconut sugar, depending on what you are looking for in a sweetener. Maple syrup is a good option if you are looking for something with a strong flavor. Agave nectar is a milder alternative, but it is higher in fructose content so it may cause stomach discomfort if consumed too much at once. Brown rice syrup is an earthy option that tastes similar to molasses but less intense. It can be used as a one-to-one replacement for coconut sugar. Whatever your preference, there is sure to be a substitute that suits your needs! 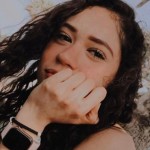 How To Keep Bread From Molding? 10 Must-Know Tips

The Best Cardamom Substitute For Your Recipes

How To Grate Cheese Without A Grater – 5 Effective Methods

How to Cut a Lemon? 3 Easy Ways for Everyone