Exploring some of the best substitutes for turmeric in recipes can be a fun way to change up your culinary routine. If you’re looking for a different flavor profile, or if turmeric is unavailable, one of these spices can make a great substitution.

Turmeric is a spice that has been used for centuries in Indian and Asian cuisine. It has a warm, earthy flavor and a bright yellow color. Turmeric is available both dried and fresh and can be used interchangeably in recipes. Fresh turmeric is slightly more potent than dried spice, so you may need to use less of it.

The most obvious substitution for turmeric is another form of spice. If you have dried turmeric on hand, use 1 teaspoon in place of 1 teaspoon of fresh turmeric. If you are using fresh turmeric, use only a half teaspoon, as it is more potent than the dried variety.

Cinnamon is a warming spice with a sweet, spicy flavor. It has a reddish-brown color and is available both dried and fresh. Cinnamon can be used as a substitute for turmeric in most recipes, but it will not give the same bright yellow color.

It is a great turmeric substitute in sweet recipes, such as muffins or cookies.

Ginger is another spice that pairs well with sweet dishes.

It’s similar to turmeric, which you can buy raw or mill into a powder. Ginger is one of the most popular spices in the world, and for good reason. It has a warm, peppery flavor that can add depth to both sweet and savory dishes. But it will become harsh if overused.

It’s also one of the healthiest spices around. Ginger is high in antioxidants, which help protect your cells from damage. It’s also anti-inflammatory, meaning it can help reduce inflammation throughout your body. This makes ginger a great choice if you’re struggling with conditions like arthritis or asthma.

Mace has a flavor that is similar to both nutmeg and ginger. Mace, which is used in British cooking, is a spice that has a sweet, nutty flavor. It is made from the dried seed of the nutmeg fruit and has a reddish-brown color. It has a similar taste to the root but with a sharper and more citrusy flavor.

Cumin has a peppery, earthy flavor that can be used as a substitute for turmeric in savory dishes. It is a key spice in a variety of Mexican, South Asian, and Middle Eastern foods. Seasonings such as cumin have a distinctly earthy, nutty, and spicy flavor that is easy to identify. It also has a somewhat darker color than turmeric, and it may be used in the same way (as a spice) as turmeric is.

Coriander is a spice that has been used for centuries in both Western and Eastern medicine. It is an excellent source of iron, magnesium, and manganese. Additionally, coriander is a good source of dietary fiber, vitamin C, potassium, and phosphorus. Coriander can be used as a substitute for turmeric in many dishes.

Coriander has a host of health benefits, including:

The next time you are cooking, consider adding some coriander to your dish for a boost of nutrition!

Coriander has a citrusy, herbal flavor that can be used as a replacement for turmeric in both sweet and savory dishes.

Paprika is a great way to get some extra vitamins and minerals in your diet, as well as some healthy antioxidants. It can help lower blood pressure and bad cholesterol levels, and also helps keep the arteries open and functioning properly. Adding paprika to your diet may help you maintain a healthy weight by boosting metabolism and reducing appetite. So next time you’re looking for a way to spice up your meal, try adding some paprika!

It has a slightly sweet, smoky flavor that can be used as a substitute for turmeric in both savory and sweet dishes. It is made from dried red peppers and has a bright red color.

Nutmeg is a spice that has become more and more popular in recent years as a replacement for turmeric in cooking. It doesn’t taste like the popular Indian spice, but it does add a sweet flavor to dishes. This can be substituted with cinnamon or ginger too. If you’re looking for a new way to change up your dish, give this one a try!

It is made from the dried seed of the nutmeg fruit and has a reddish-brown color.

Cardamom is another great substitution for turmeric in recipes. Cardamom has a similar flavor to turmeric, but it’s a bit sweeter and less bitter. It also has anti-inflammatory properties that make it a good choice for people with arthritis or joint pain.

Fennel seeds are a close enough substitution for turmeric, but not quite. The seeds can be found at your local grocery store and are easy to incorporate into your favorite recipes with a few simple substitutions.

Fennel seeds have a licorice-like flavor that can be used as a substitution for turmeric in both sweet and savory dishes. Use 1/4 teaspoon of fennel seeds in place of 1 teaspoon of turmeric.

White pepper has a slightly different flavor but it’s a good option if you’re looking to avoid the yellow color that turmeric can impart.

Like turmeric, white pepper is also a powerful anti-inflammatory agent. It can help to reduce inflammation in the gut and throughout the body. This makes it a great choice for people who are struggling with conditions like Crohn’s disease, joint pain, and Irritable Bowel Syndrome (IBS).

Adding white pepper to your diet is a great way to improve your health overall! Try using it in recipes instead of turmeric or black pepper. You’ll be surprised at how good it tastes!

It has a slightly spicy flavor. Use 1/4 teaspoon of black pepper in place of 1 teaspoon of turmeric.

When substituting spices for turmeric, it’s important to keep in mind the flavor profile of the dish you are making. If you are looking for a similar flavor, try one of the other spices listed above. However, if you are looking for a completely different flavor, experiment with different spices until you find one that you like. With a little bit of experimentation, you can create delicious dishes using substitutes for turmeric.

When it comes to substitutes for turmeric, there are some general rules of thumb that you can follow:

However, there are also some exceptions to these rules. For example, if a recipe calls for turmeric powder and you want to use ground ginger instead, you may need to adjust the amounts of each ingredient, as ground ginger is typically more potent than ground turmeric.

So, whether you’re looking for a substitution for an upcoming recipe or you’re just curious about other spices that can be used in place of turmeric, the substitutes listed above are a great place to start! 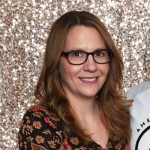 How To Eat Rambutan Fruit – The Best Ways to Enjoy

How To Keep Bread From Molding? 10 Must-Know Tips

How To Grate Cheese Without A Grater – 5 Effective Methods

Can You Freeze Ricotta Cheese? The Ultimate Guide for You

How To Tell If Garlic Is Bad? Tips To Test and Store Garlic