In Spain, chorizo sausage is a popular and common sausage. Made from pork meat, the sausage typically includes garlic, paprika, and other spices. Many cooks make adaptations to their chorizo recipes. For example, some versions include Spanish wine such as sherry or dry white wine while others include brandy or red wine. So, what is chorizo sausage, exactly? Read more to figure out the answer.

What Is Chorizo Sausage?

Chorizo sausage is a spicy pork sausage made with paprika, garlic, and other spices. It’s a staple in Mexican cuisine and is often served with breakfast dishes like eggs, beans, and tortillas.

Chorizo can be found in many different forms, including fresh, cured, or smoked, and in many shapes and sizes. The most common type of chorizo is made with ground pork that’s been seasoned with smoked paprika, garlic, and other spices before being stuffed into casings. The sausage is then cooked until fully cooked through before it’s sliced into individual servings.

Chorizo also comes in the dry-cured form, which means it’s cured without being cooked first while fresh chorizo doesn’t need to be cooked at all. Both types of chorizo are typically served raw on their own or added to other dishes such as soups or stews for extra flavor.

What Is Chorizo Made Out Of?

Chorizo is a type of pork sausage that originated in Spain and can be made with different types of meat. The most common chorizos are made from beef or pork, but there are also versions that include chicken or other types of meat.

The main ingredient in the chorizo mix is usually pork. However, there are some recipes that use beef as well. This type of sausage is seasoned with various spices and other flavorings such as garlic and paprika.

Chorizo is a popular ingredient in Mexican dishes such as tacos or burritos. It can also be used as an addition to other types of meals such as chili.

There are many different types of chorizo. Here is a list of some of the most popular types:

This type of chorizo comes from the Cantimpalo region in Spain and is made with paprika, garlic, and other spices. It is cured for two weeks before it is ready to eat.

Mexican chorizo is made from pork, beef, or chicken and mixed with chili peppers. The mixture can then be smoked or cooked in oil. The taste varies depending on how it is prepared.

This type of green chorizo has a very spicy flavor since it contains jalapeno or serrano peppers along with other spices like coriander and cumin seeds.

Colombian chorizo is made from ground pork seasoned with garlic, onion powder, and other spices that are mixed together before being stuffed into casings for smoking or cooking in oil as Mexican chorizo does.

Argentinian chorizo has a smoky flavor because it’s made with smoked paprika instead of regular paprika powder like most other types of chorizos have been using for centuries now across the globe.

Spanish chorizo is made from pork that’s ground with garlic, paprika, salt, and pepper. It’s then cured and dried for several days before being cooked in oil until it reaches an internal temperature of 160 degrees Fahrenheit (71 degrees Celsius).

Mexican chorizo can be beef or pork-based, although beef-based varieties are more common than pork ones. They’re also not cured like their Spanish counterparts because they’re generally cooked immediately after being made so they don’t spoil as easily.

How To Cook Chorizo

Chorizo is a spicy, cured sausage that is commonly served with eggs and potatoes in the morning. It is also used as an ingredient in many other dishes. Chorizo can be made from pork, beef, or chicken and seasoned with various spices. Chorizo can be prepared in many ways; it is often fried or grilled, but it can also be baked or poached.

Chorizo should be cooked until it reaches an internal temperature of 165 degrees Fahrenheit (74 degrees Celsius). The following are instructions for cooking chorizo using these methods:

How To Store Chorizo?

Chorizo is a Spanish sausage that is made from pork, garlic, paprika, and other spices. It’s commonly used in dishes like paella and tapas.

Chorizo can be stored in the refrigerator for up to two weeks or frozen for several months. To freeze chorizo, wrap it tightly in plastic wrap or aluminum foil and place it inside a freezer bag. Chorizo can also be kept at room temperature for up to one day before cooking or adding to a dish.

Here are some tips on storing chorizo:

Is Chorizo The Same As Chourico?

Chorizo is a type of dried, smoked sausage that’s made with a variety of meats and spices. In the United States, chorizo is usually made with pork, but in Europe, it can be made with beef or even chicken.

Chourico is another popular form of sausage that’s similar to chorizo but without the smoke flavor. It has a stronger garlic taste and is often eaten raw as an appetizer or sliced into salads.

While they may sound similar, they’re actually two different types of sausages.

How Do You Know If Chorizo Has Gone Bad?

Chorizo is a type of sausage that can be made with pork, beef, or chicken. It’s a popular ingredient in Mexican and Spanish cuisine. But before you start cooking with it, you need to know how to tell if chorizo has gone bad.

The first thing to look for is an off smell. If you notice any foul odors coming from the package or container, then it might be time to pitch it out.

Another indicator that your chorizo has gone bad is when it has developed a thick, whitish layer of mold on top of the meat. If this happens, throw out the remaining contents immediately and clean all surfaces thoroughly with bleach or some other cleaning agent designed to kill bacteria.

The chorizo sausage is a culinary delight of Spain. It is made using the finest, hand-selected pork meat and other ingredients and seasoned with spices. If you have the chance to taste chorizo sausages, do try it out. We are sure you will love it that much more after reading this article on “what is chorizo sausage“. Most importantly, the sausage must be preserved at safe temperatures to help maintain its quality during these different preparation processes. 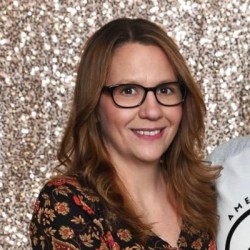