Skip to Content
Home / Food Guides / What is Muenster Cheese? 6 Recipes You Must Try

The Muenster Cheese (or ”Munster“, as it’s spelled in English) is an award-winning cheese that you’ve probably never heard of. That’s because it wasn’t available outside of Northern Germany until a few years ago. It’s the authentic way to make the most of your cheeseboard.

Do you really know what Munster Cheese is? Are you at a loss when it comes to choosing which cheese? This goes both for a party with guests who have different preferences and special occasions like Christmas and New Year’s Eve, but also for your pre-dinner snack when you want something delicious but don’t know what to choose. This blog will help you with some interesting information about Muenster Cheese – the queen of cheese in the world and recommend a variety of recipes that you can make with Muenster.

What Is Muenster Cheese?

Muenster is a type of semi-soft cheese known for its mild, slightly fruity flavor with undertones of butter and fresh cream. It has a pale yellow appearance, which turns orange when it’s melted or cooked. This unique color is something that makes it stand out from the crowd and adds to its appeal. Its roots can be traced back to the early 1800s when two German immigrant brothers brought the recipe over from their homeland.

The Muenster has a full and strong taste with a slightly sourish tang, reminiscent of Gruyere, but much more intense – which makes tasting different kinds of cheeses after you’ve had the Muenster all the more enjoyable. Full-flavored, nutty, and complex in taste, this premium cheese is absolutely irresistible after just one bite. The perfect companion on every cheeseboard.

How Is Muenster Cheese Produced?

In order to answer this question, I’m going to take you on a journey from its humble beginnings in Alsace to the modern-day production of Muenster cheese in France.

It’s made from unpasteurized cow milk that is first cooked and then pressed into forms before being left to age in cool temperatures. Its soft texture makes it an excellent choice for sandwiches or snacks. If you’re interested in producing Muenster — or other specialty cheeses — the process is a bit confusing. That’s because most specialty cheeses are made in small batches, which means it is difficult to follow standardized recipes and production procedures. Because each batch is a little different, there is no single recipe for making cream cheese as well as any other cheese. The methods used are more like basic guidelines with only some of them having to be followed carefully.

Muenster cheese originated in a monastery in the Alsace region of France in the mid-17th century. It gained popularity when Napoleon’s army cut their supply lines and needed a cheese that could last without spoiling. The cheeses were packed into a wagon that was heading for the mountains and got stuck due to the snow of winter. When the wagon was discovered some months later and uncovered by locals, what remained were Muenster cheeses that didn’t spoil.

What Is the Muenster Cheese Taste?

It can be a tricky question to answer since the name “Muenster” is a protected trademark.  But that doesn’t stop curious cheese connoisseurs from wanting to know more about this soft-ripened, washed-rind, semi-soft cow milk cheese.  Taste, texture, and flavor all come into play when you’re trying to understand what Muenster cheese is like. Muenster has a bland to sharp flavor depending on how long it is aged.

There are three types of Muenster: Alsatian Munster, French Munster-Gerome, and American Muenster.

Alsatian Munster is the most traditional type of Muenster.

This type of Muenster has a more pungent smell than its French cousin but has a similar texture and taste. It has a rind that is washed with a saltwater brine. This type of Muenster is typically found in Alsace and Lorraine in France, as well as other parts of Germany.

This type of Muenster is milder than its Alsatian cousin. It also has a rind that is washed with the salty brine and tends to be softer in texture than Alsatian Munster. French Munster-Gerome is typically found in the Vosges region of France, where it was first created.

American Muenster normally contains less than 50% milkfat, making it lower in calories and easier to digest for those sensitive to lactose, but also increasing its tendency to spoil more quickly than traditional Muenster cheese.

If you’re craving something a little bit richer than a plain old cheese sandwich, try making yourself some Muenster bread.

You can toast up some sliced bread and then put the slices on top of each other with the cheese in between. (You can use an untoasted piece of bread on top if you’re using plain white bread—it’ll get toasted by the time the cheese melts!)

If you’re in the mood for something a little more hearty, though, we recommend frying up some eggs and bacon strips with your Muenster bread. This is what we like to call “breakfast for dinner,” because it makes us feel like we’re getting away with something naughty while still eating well!

It’s a perfect dish to serve on any occasion. Don’t be intimidated by the word Muenster, it’s just another type of cheese that melts very well. Because of the mild flavor from Muenster, it can be paired with anything! Just like macaroni, this dish is very easy to cook. It only takes 40 minutes to make and you can have it ready for your family to eat.

A grilled Muenster cheese pita is a thing of beauty.

Spread the mayo or butter on one side of each slice of bread. Place the cheese on top of one slice and sandwich using the other slice. Cook on a hot griddle or skillet until browned and crispy, about 2 minutes per side. Serve immediately.

Tip: When you’re melting the cheese on top of your pita, be sure to use low heat and give it plenty of time so that it gets melty without burning too much or cooking unevenly.

The ham and muenster cheese croissant is a great way to start your day. With its rich, buttery exterior and savory ham and cheese filling, this sandwich is perfect for a quick breakfast on the go or an indulgent weekend brunch. It’s been a popular favorite in France since the 18th century.

Muenster cheese has a soft texture, with a sweet, mild flavor that pairs well with the salty ham inside this sandwich.

This dish is deceptively simple, but the flavor combinations will leave you wanting more!

The crispy prosciutto and creamy melted muenster cheese pair beautifully with peppery arugula, while the sweet tartness of the caramelized onions adds an extra layer of interest to this tasty and amazingly simple flatbread treat. It’s a great option for a light lunch or an appetizer before a bigger meal.

The recipe is easily adaptable to suit your tastes—just swap out the caramelized onions for roasted garlic, or if you like things spicy skip the gruyere and add hot sauce instead.

A cheese appetizer served with baked bread, Muenster Cheese Spread with Pumpernickel Toast is the perfect little snack for any occasion.

The cheese adds a creamy, buttery consistency to the dish and the bread is baked to perfection so that it is crispy on the outside and delightfully soft on the inside. The spread is easy to make and can be served warm or cold, depending on your preference.

Is muenster cheese good for your health?

Muenster cheese is a good source of fat-soluble vitamins and minerals, including vitamin-A, which has many health benefits like improving eyesight and enhancing immune function.

Muenster cheese is a great choice for health-conscious people who want to feel indulged.

Why Is Muenster Cheese So Expensive?

For cheese lovers, there’s nothing quite like the Muenster Cheese Taste.

Cheese is aged for five months before it’s ready for sale, and we use only the highest standards for our production process. All types of cheeses require careful processing by hand, ensuring consistency and quality in each and every product. The prices of our cheeses reflect this commitment to quality.

What’s The Difference Between French Munster And Wisconsin Muenster Cheese?

If you’re looking to distinguish yourself as a connoisseur of fine cheeses, you’ll need to know the difference between French Munster and Wisconsin muenster. Here are a few things to consider:

Flavor: French Munster has a tangy flavor that is often made stronger by washing it with brine or wine before aging. Wisconsin muenster is usually aged longer, giving it a deeper flavor with nutty notes and a smooth texture.

Appearance: French Munster tends to be orange color while Wisconsin muenster is usually yellow or white.

Texture: Both French Munster and Wisconsin Munsters have soft textures when young, but as they age their flavors become richer and their textures become firmer.

Is The Orange/red Part Of Muenster Cheese Edible?

Muenster cheese is a creamy, soft cow milk cheese with a tangy, slightly sharp taste that pairs well with everything from crackers to turkey sandwiches. It’s the orange/red part of Muenster cheese that makes it stand out on a cheeseboard.

This color actually comes from vegetable-based coloring that was added for more eye-catching. Therefore, it’s completely safe and edible.

When it comes to Muenster Cheese, it’s now not food basically, it has reached a deep level of culture and tradition in German-speaking areas. Nowadays, Muenster cheese is a popular cheese used for cooking, grilled cheese sandwiches, and preparing delicious recipes. Hopefully, through this article, you have understood what Muenster Cheese is and what it tastes like, you can have better choices in your meal daily. 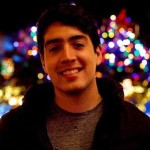 What is Beef Tallow? And What Could You Do With It?

How To Eat Jackfruit According To the Asian Experience

11 Types Of Noodles You Should Try At Least Once

Are Marshmallows Vegan? All Things You Need To Know